In addition, built-in high-quality loudspeakers with volume adjustment function. Support backlight control, the backlight can be turned off to save power.

It is designed especially for Raspberry Pi. Raspberry Pi could be mounted on the back of the monitor perfectly. Just plug and play! Simply connect Raspberry Pi with an HDMI connector and a USB connector for touch and power. Also, with 2 bracket sticks, it can easily support the display.

It can also be used as a general-purpose HDMI monitor. When it used as a computer monitor, supports Win10/8/7. When it worked with Raspberry Pi, it supports Raspbian, Ubuntu, WIN10 IoT, single touch. When it use for entertainment, support TV boxes, Microsoft XBOX, SONY PS4, Nintendo Switch and so on, no touch function in this case.

We specially provide a small fan for Raspberry Pi. It can reduce the temperature of the Raspberry Pi effectively when it's running. 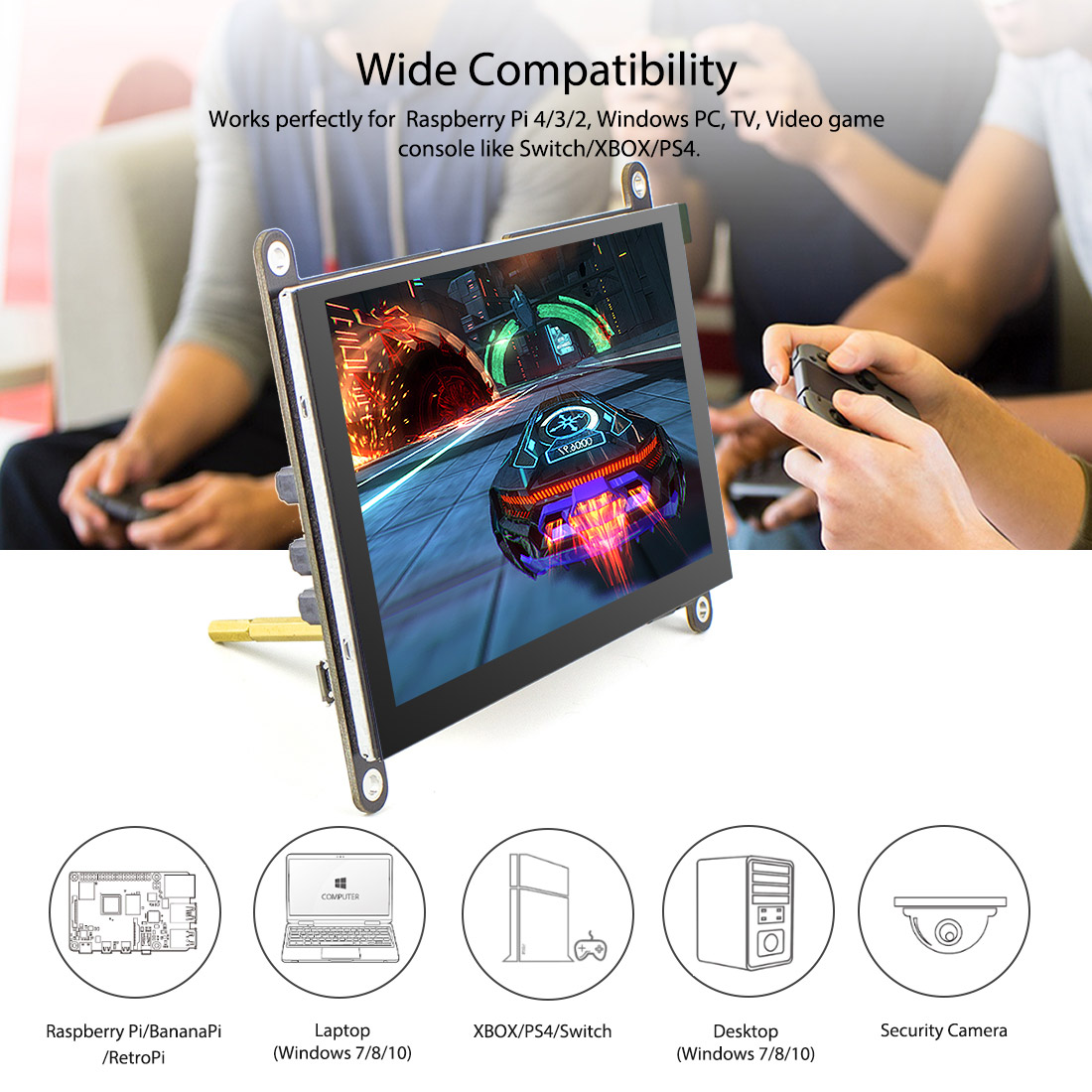 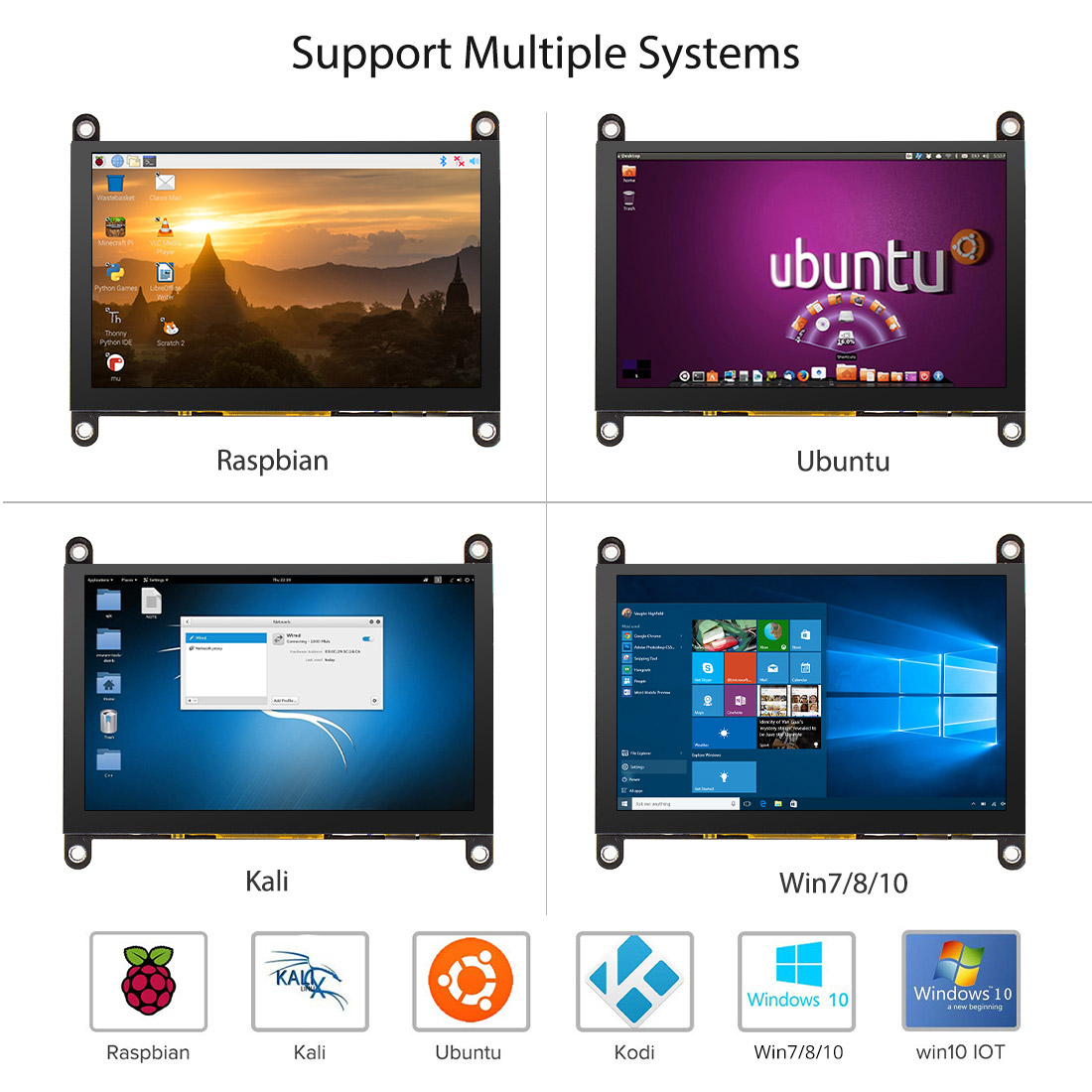