4 Reasons Why Teach Kids to Code 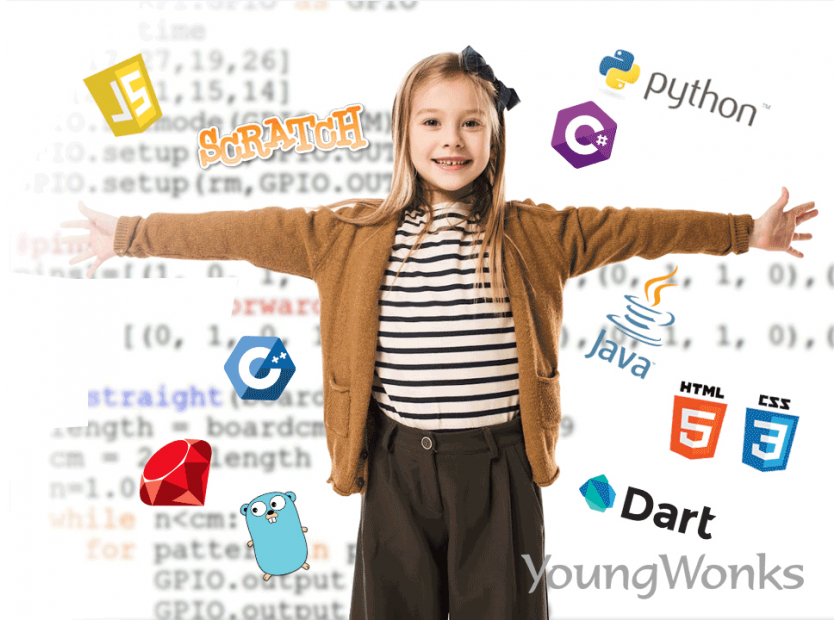 I work as the sales&Marketing manager in Elecrow company. One of its business is to develop STEAM education products. So I learned lots of new knowledge in this area both from my working career and the after-work activities. In this article, I will talk about the topic of why teach kids to code according to my personal experience and independent thinking.

I was born in 1991, a poor village inside a rural mountain area in China. When I was a child, my parents left me at home and worked in the city. The only thing they asked me was to study hard. I benefited a lot from that when I was finding a job, especially my English language skill.

When I worked in Elecrow, the first time I heard about STEAM education, and other technical concepts like IoT, AI, robotics, VR and so on. I felt that the skills which brought me a good job may not be useful in the future. English skill would be a very basic skill, not competitive skill. So, what would be the competitive skills the kids should nurture at a very young age?

With the rapid development of technology, automation and Artificial intelligence would be more and more realistic. As far as I know, some companies are providing a mature solution for the ports to realize automatic transportation. Technology like face recognition, voice control, self-service check out has already been very popular in our daily life. There is no doubt that the future would become more and more intelligent and automatic. Programming is the fundamental skills of all these high technologies.

Crow is the smartest bird in the world, this word is also part of our company name. Here, I'd like to redefine the meaning of CROW to illustrate 4 reasons why teaching kids to code, "C" stands for "Creativity", "R" stands for "robotics", "O" stands for "opportunity", "W" stands for "wealth".

Creative thinking is one of the most important skills for the citizens of the twenty-first century. It has been proved many times that programming projects like Scratch can unleash kids' creativity. The kids can design their own game at the Scratch platform by their imagination, common sense, and experience. During this process, they can also develop critical thinking and problem-solving abilities.

In some science fiction or film, people work together with the robotics. The drama Westworld displays amazing human-similar robots. In the modern industrial assembly line, robot arms play a very important part of the manufacturing process. A company like Boston Dynamics has produced a highly agile robot which can be widely used to replace part of the human occupation. Besides the mechanical engineering, the algorithm and software are also vital to create these robots. The kids need to know how to control the robot, how they can change the life and how to live with them.

Computing is one of the fastest-growing occupations. It’s also one of the top paying, with computing jobs paying 75 percent more than the median. It's deniable that the future top occupation will be related to AI, robotics, and automation. And programming is the must-to-have skill to work on the related industry.

The richest 500 persons have replaced a lot since we stepped into the 21st century. Nowadays, many richest persons have a background in computer science. They found the greatest companies change the way we deal, we travel and we communicate. Programming would still be one of the most important skills in the next several decades.

Of course, wealth is not the most important goal, and not every kid has to be a coder in the future. But the abilities the kids developed while learning programming can help to shape the kids' character which contributes whatever they do.


"Every student deserves the opportunity to learn computer programming. Coding can unlock creativity and open doors for an entire generation of American students. We need more coders -- not just in the tech industry, but in every industry." -Mark Pincus(CEO and Founder)

"To prepare humanity for the next 100 years, we need more of our children to learn computer programming skills, regardless of their future profession. Along with reading and writing, the ability to program is going to define what an educated person is." -Salman Khan(Founder)