How to teach kids to code 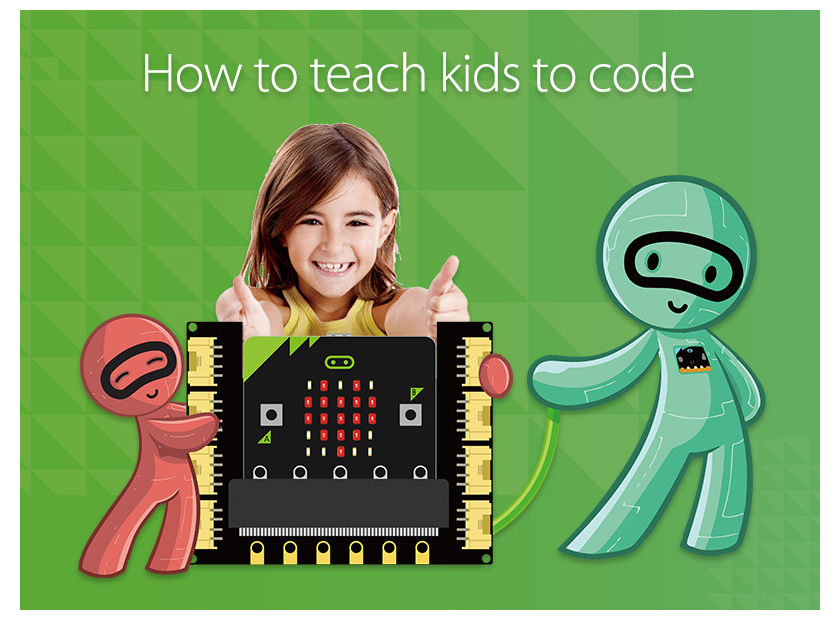 Why coding is so important to kids?

In recent years, “learning to code” has always been big popularity, then someone will ask: “why is coding so important to kids?”We acknowledge that coding is the DNA of the digital world, it’s not hard for us to find everything around us, including phone Apps, websites, and even many home appliances rely on coding to work. So that’s why programmers are in high demand. Developing a coding literacy will affect kids a lot, it makes kids a better thinker, they will think logically to find a perfect solution when encountering things. Also once kids know how to program, a whole world full of possibilities will open, they may create their own game or App instead of playing a video game or using an App.

Of course, there are so many benefits of learning to code, not limited to the ones listed in the article.

8 ways for kids to learn code

Here are 8 useful resources to help children to code, the list of resources comprises of some free websites for kids to learn code, includes tynker.com, scratch, code.org, and microsoft makecode.

Code.org is a non-profit organization and eponymous website that aims to encourage people to learn computer science. The platform provides free coding courses to create games and websites using HTML, CSS, JavaScript and other programming languages.

Microsoft MakeCode is a free, open-source platform for learning programming, it brings computer science to life with fun projects. Microsoft MakeCode features Block editor and JavaScript editor to create programs, a web-based simulator of the physical device to provide immediate feedback on how the program is running.

Tynker is an educational coding platform aimed at teaching kids how to create games and programs by using Javascript, Python and other programming languages, it empowers your kid to become a marker. Tynker provides a fun and easy way for kids with revolutionary visual code blocks that represent real programming concepts.

The micro:bit is a pocket-size microcontroller, it has an onboard accelerometer, a compass, an accelerometer, BLE (Bluetooth Low Energy), two programmable push buttons, and an array of LEDs. Just use a graphical programming interface, like Microsoft Blocks, or program it use the mu interface in Python. The BBC micro:bit is specially designed for those who what to learn programming but lack of experiences, it could be a first choice for your kids to get started with programming.

Arduino is an open-source electronics platform based on easy-to-use hardware and software to create interactive objects, it is aimed at students without experience in electronics and programming. It’s easy to control the board using the Arduino Programming language and Arduino IDE to send a set of instructions to the microcontroller on the board.

Raspberry pi is specifically designed to learn programming, which is a pocket-sized computer running Linux. Raspberry Pi is just like a modern computer, supports any programming languages not just Python, it can be used to make a real-world application or a product prototype. There are versions of Scratch and Minecraft for the Raspberry Pi, which make it a great tool for kids to learn code.

It could be a challenge to introduce coding to kids, especially children have limited attention spans and quickly lose interest in boring objects. So the most important thing when you teach a kid to code is keeping it fun. The more you can make coding like playing a game, the better. Sometimes, combining programming languages with various electronic components to create coding kits could be a fun and effective way to teach kids to code, like our STEAM education kit for micro:bit.

Compare with online programming website, the coding kit can be accepted easily by kids. It consists of 12 common modules that enable kids build interesting circuits. We provide detailed tutorial to teach kids to code step by step, also they can create their own projects. What can they do with this micro:bit coding kit is just limited by their imagination.

Our micro:bit coding kit is much more convenient compared with other kits that have breadboard. All the sensor modules in this kit have a standard 4 pin connectors, which is friendly to kids, they can build circuit just by plug and play instead of massive operation.

As we know, the popularity of micro:bit is around the world, it can be programmed by using block-based coding language. Our coding kit is fully compatible with micro:bit, so your kids can program it using MakeCode or Python.

Even more, we add missions to explore after each detailed projects. For teachers, they can assign tasks to children and let them finish tasks themselves after teaching. For kids, they can create their own projects, and share with others. As we mentioned before, what kids can do with this micro:bit coding kit is just limited by their imagination.