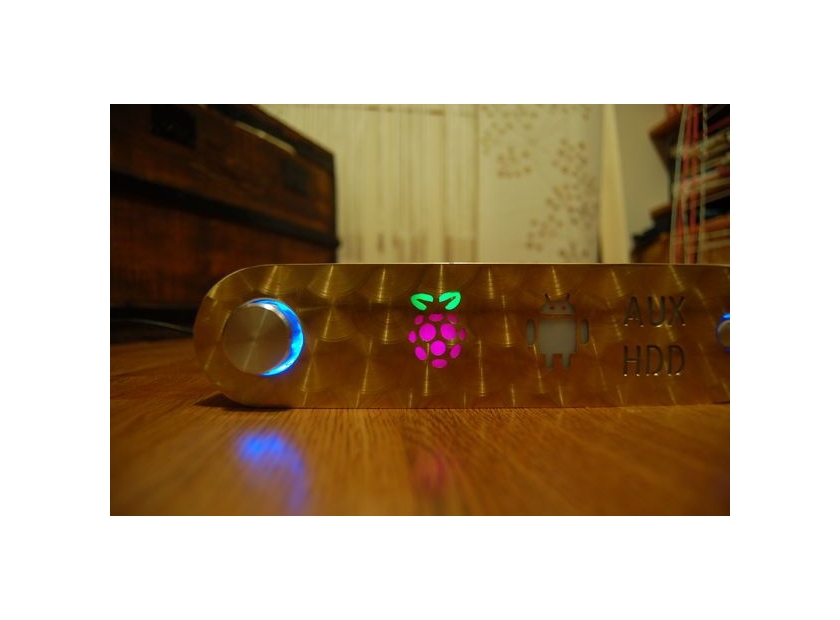 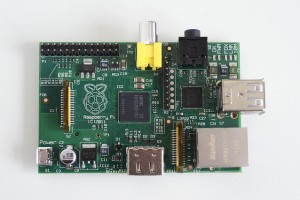 Raspberry Pi — a tiny, stripped-down $35 computer — hit the market in 2011 with the intention of helping promote basic computer science skills in schools. As of early 2015, 4.5 million of them had been sold and a second generation, the Raspberry Pi 2, has been introduced.

It has become the DIY gadget-maker's go-to device. Tinkerers, hobbyists, educators and students — basically anyone who likes to build things — have taken to the Internet with project after project utilizing the Raspberry Pi.

The little computer has controlled robots, reached the upper atmosphere in a weather balloon and become the building block for almost any gadget the mind could dream up. With all of the builds out there, it can be overwhelming, but don't worry, we've done the hard work for you. Here are 20 of the best Raspberry Pi projects on the Web. 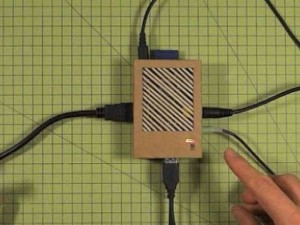 Being totally stripped down allows the Raspberry Pi to be cheap, but it also means that the first thing a Raspberry Pi requires when you unpack it is a good case. There are plenty of plastic cases you can buy, but this project lets you make your own out of sturdy cardboard without sacrificing style. 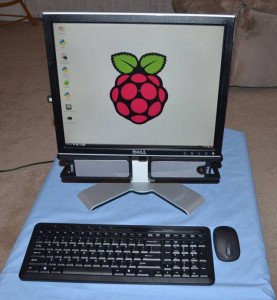 There are a few builds out there for making a Raspberry Pi-powered computer setup, from the quick and easy to the more expert-level projects. This one by Michael Davis for an all-in-one desktop computer is on the easier end. It has a short list of needed materials and lets you put an old monitor and keyboard to use. The Raspberry Pi gets strapped to the back of the monitor, letting it go incognito.

3.Set up a personal Web server 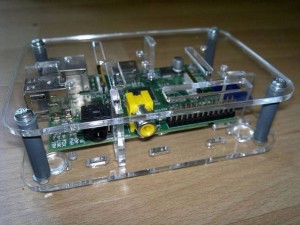 One of the more basic things that those with a little programming experience can do with Raspberry Pi is set up a personal Web server. The microcomputer won't be able to handle any major traffic, but it will do nicely for hosting a resume or personal landing page or even a little Dropbox clone. 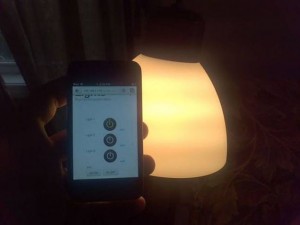 This instructable shows you how to use Raspberry Pi for home automation, in this case for creating a Web app that turns lights on and off remotely, though other power loads could be controlled too. The Raspberry Pi is used for the Internet connection, while a wireless remote control turns the lights on and off. 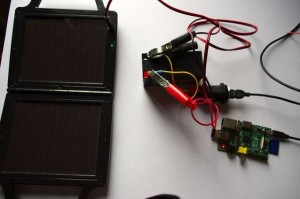 This build marries two of our favorite things: DIY gadgets and solar power. Instructables user hackitbuildit shows you how to run your Raspberry Pi off of sunlight with a solar panel, a car power socket, a USB car power adapter and a battery. 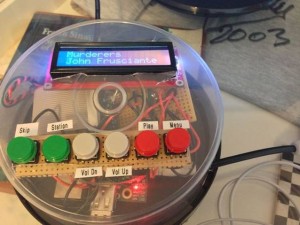 Software engineer Shaun Gehring came up with this cool build, which turns a Raspberry Pi into a Pandora jukebox by using the computer as an Airplay receiver and adding an LCD screen, some buttons, a couple resistors and a Wi-Fi adapter.

Another way to consume media with the Raspberry Pi is this project for a one-button audiobook player, which stores and plays one book at a time loaded via USB drive. The designer built this for his 90-year-old grandmother-in-law so that she could easily listen to books without having to fumble with an MP3 player, but you may just prefer not to bog down your smartphone with large audiobook files.

For the geekiest of photographers, this projectembeds a Raspberry Pi in a DSLR camera, which enables a photographer to do such awesome things as wireless tethering so that images are automatically transmitted to a PC or tablet as they're shot, remote control the camera with a smartphone from anywhere in the world and to program the camera to take pictures at precise intervals.

9.Use a Raspberry Pi to automate time-lapse photos 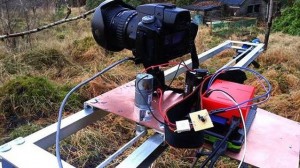 This instructable teaches you how to build atime-lapse dolly powered by Raspberry Pi so you can get professional looking time-lapse photographs without paying the high cost for professional equipment.

10.Hack a Kindle Into a minimal computer with a Raspberry Pi 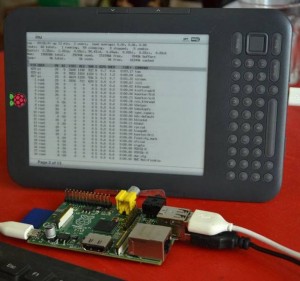 If you're into minimalist computing, this hack using a Kindle as monitor for the Raspberry Pi is for you. Combining the Kindle as the screen, the Raspberry Pi, a couple USB cables and a keyboard, the project makes for the simplest of computers. If jailbreaking a Kindle doesn't bother you, this KindleBerry Pi could be a fun weekend project. 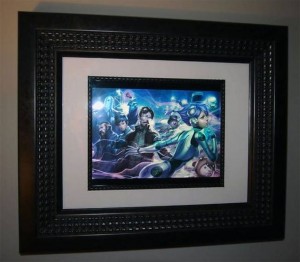 Tinkerer Cameron Wiebe came up with a build that uses Raspberry Pi to make an automated art gallery in a single picture frame. In the same way that digital picture frames cycle through your photos, this hack pulls artwork from the popular pop art site DeviantArt, cycling through images throughout the day and displaying them on a framed LCD screen. 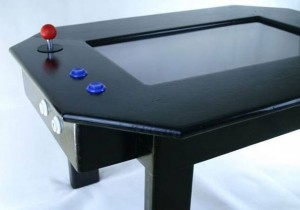 This project involves a little woodwork on top of some computer engineering, but the result is a DIY Raspberry Pi-powered arcade table that lets you play your favorite old-school arcade games or use it for Web browsing and writing emails, displaying photos or social media updates. 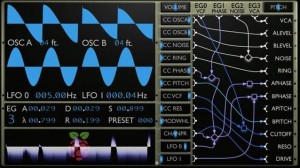 For the music geeks, the Raspberry Pi Foundation featured a work-in-progress by one of their forum members, Omenie. He's building a synthesizer using the microcomputer and recording his progress and inviting others to join him on his blog. He says it's "the best-sounding synth I’ve ever played with for under £500, never mind under £50." 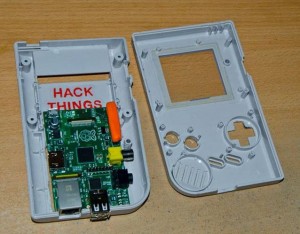 Hacker Retroman is working on encasing a Raspberry Pi in an old Nintendo Game Boy to make a retro-tinged handheld PC. He's sharing the project here as he goes along. 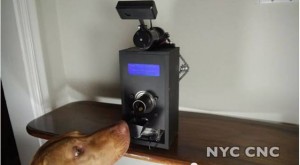 Even dogs get to enjoy the benefits of Raspberry Pi. NYC CNC Machining and Prototyping shop built a machine that dispenses dog treats to the owner's dog, Judd, when an email is sent to a specific address. The project uses Raspberry Pi as well as many pro-level skills like CAD design, machining, fabrication, electrical engineering and programming, so this isn't for casual hobbyists. The team did make this open source for anyone who wants to make a treat machine for their own pup. 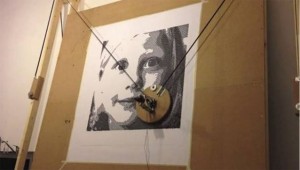 This project is the only closed source one we're featuring, but it's too cool not to mention. The Blackstripes team has created a Raspberry Pi-powered spin off of a "V-Plotter" style artbot. The Raspberry Pi turns a photo's bitmap data into vectors that is drawn with a robotically controlled marker, resulting in beautiful black-and-white murals that look like works of art. While the team isn't letting others in on their source code, you can commission a print of one of your photos for about $200. 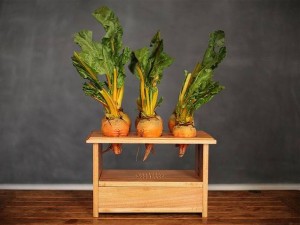 Beets, beats and Raspberry Pi. The Beet Box uses capacitive touch sensors that let you play root vegetables as though they were percussive instruments and a Raspberry Pi runs the whole veggie music show. The project is available on GitHub as well as maker Scott Garner's website. 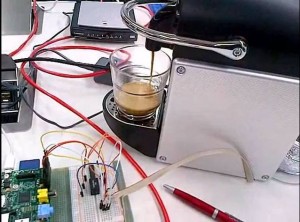 A group of Developer Garden and Oracle employees hacked a Nespresso coffee machine to work via voice controls using Raspberry Pi and a smartphone. The steps involved are probably more than what the Nespresso machine requires without this hack, but a cool proof of concept nonetheles

19.Supercomputers from Legos and Raspberry Pi 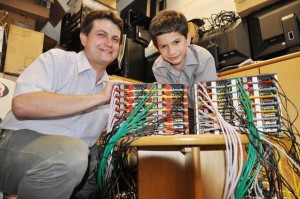 Let this go down as one of the coolest father-son collaborations ever. Researchers at University of Southampton built a supercomputer consisting of 64 Raspberry Pi computers linked together and housed in a racking system built with Legos. The Lego racks were designed partially by Professor Simon Cox's son, James. The researchers have made the project available to anyone on the university's website. 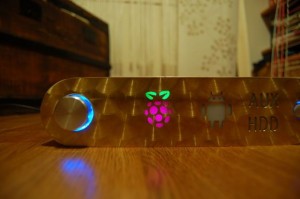 Another Raspberry Pi DIY case project, but this time to fit its use as a media center device. Here, Instructables user champx built a media center using a Raspberry Pi, a key android HDMI, USB hub, switch HDMI and external disk and then enclosed all of that in a functional and beautiful case worthy of display in your living room. Check out his instructions here. [Note: Selected From mnn.com]
← Previous Next →