SKU
CRV13319T
Weight
1700
Be the first to review this product
In stock
$239.99
With this product, you earn 240 loyalty points.
Wish List Compare
Email
Overview
CrowVi is a portable USB C monitor, it can not only act as the dual monitor for smartphones, laptops but also as the single monitor for gaming devices and some computer mainframe like Mac mini, Raspberry Pi, etc.
Details
Nowadays, more and smarter phones and laptops adopt USB C ports for its powerful function that can transmit power, data, and video information. USB C solution can also make the device much thinner compared to the Thunderbolt 3 or HDMI port. That’s why we create a CrowVi portable USB C monitor. The CrowVi screen has two Type C ports, one is for power delivery, and the other is for data transmission of video and touch screen commands. The screen also can be connected through the mini HDMI port. The resolution of CrowVi is 1920x1080, which will provide a better experience for gaming and watching movies. The CrowVi screens go through CE and FCC evaluation, which proves its high quality.
CrowVi 13.3 inch screen can not only act as a dual monitor for smartphones, laptops but also as a single monitor for gaming devices and some computer mainframes like Mac mini, Raspberry Pi and etc. 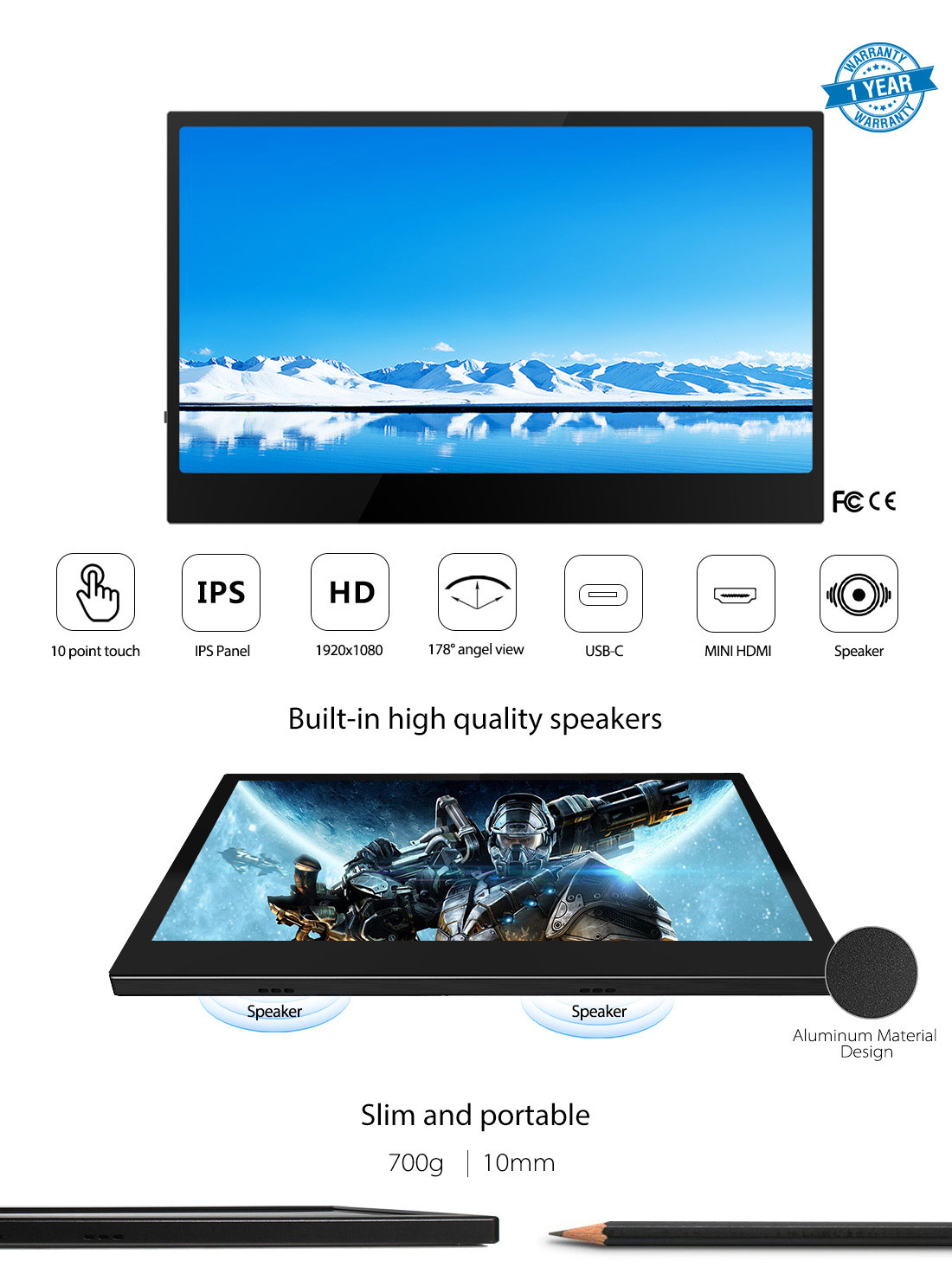 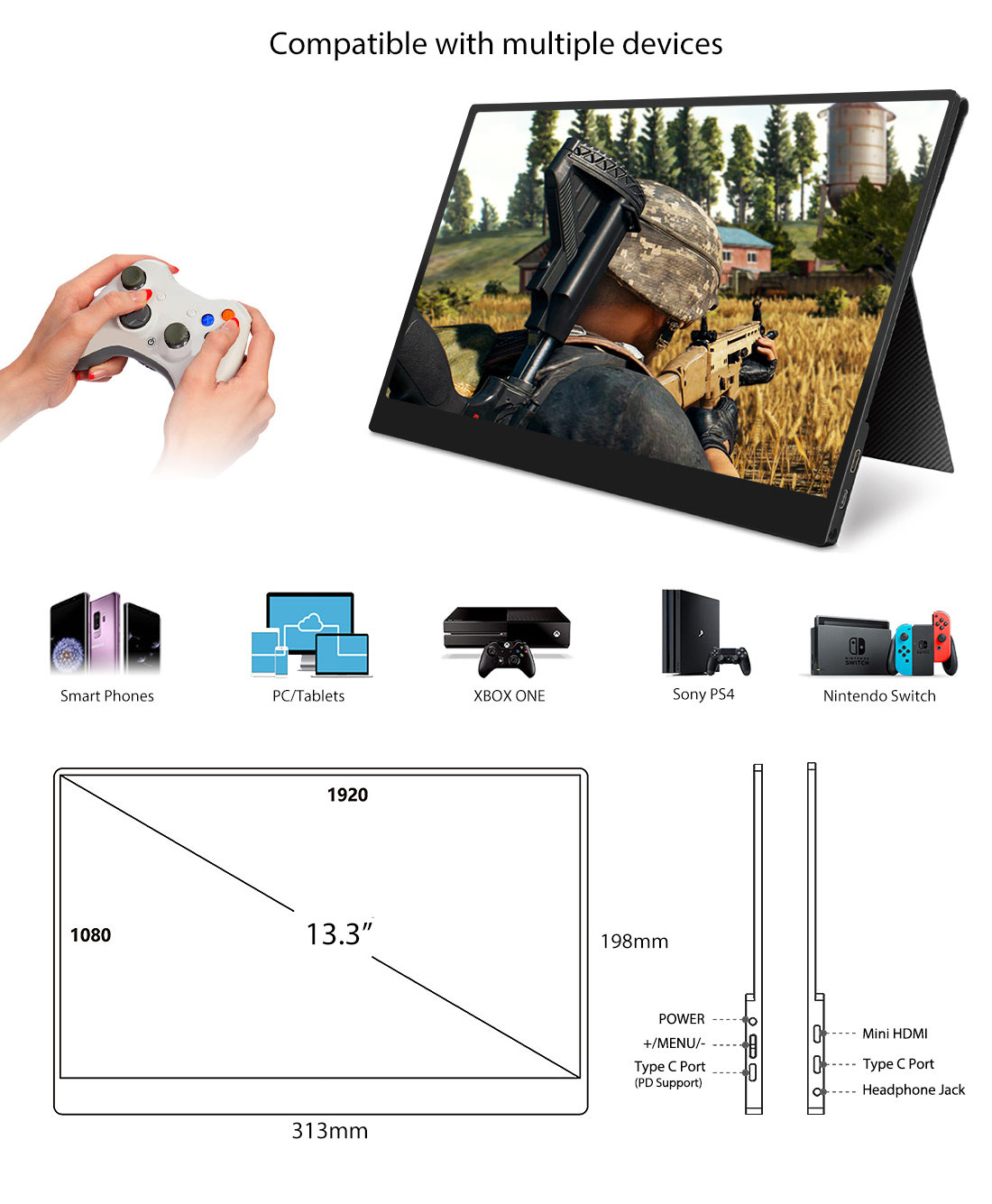 CrowVi can be used as the dual monitor for the latest USB C smartphone. It makes your screen much bigger and brings better experiences when you’re watching movies on the phone. Please notice that if you power the monitor through the phone and use it with loud voices, the monitor may disconnect due to an insufficient power supply.

Nowadays, the smartphone is so powerful that it may act as a computer in some cases. When you activate Samsung Dex and connect the Bluetooth keyboard and mouse to the phone, it just looks like a small workstation. When you log in Huawei cloud computer, the phone totally becomes a computer with the Win10 operating system.

CrowVi can be the perfect second screen for your laptop. It’s extremely useful when you’re dealing with several document missions. Therefore, CrowVi can be a worthy investment, it boosts your efficiency and saves you a lot of time. 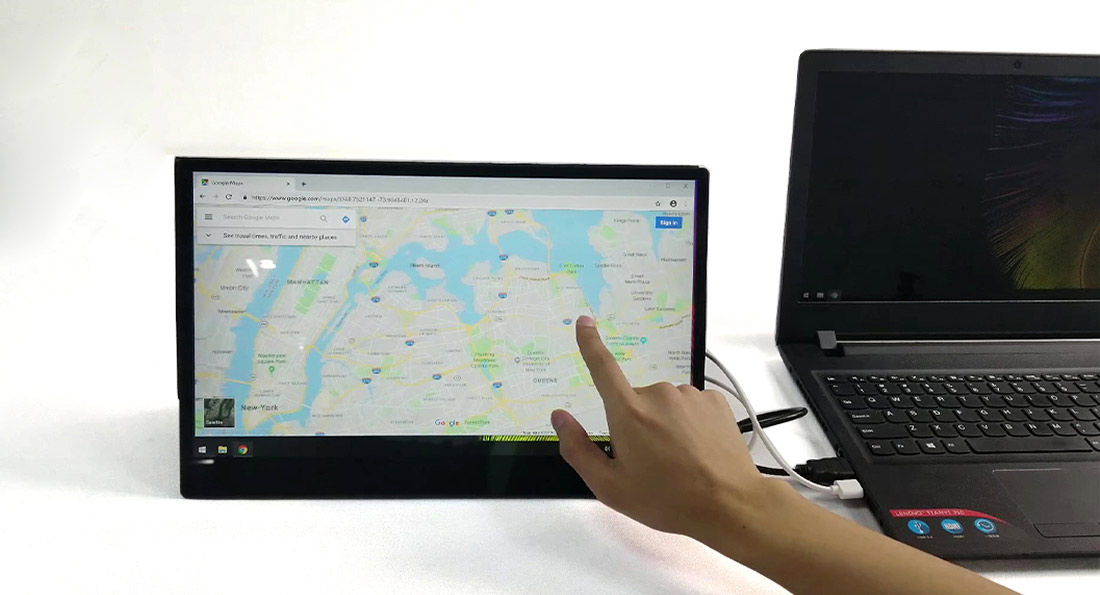 CrowVi can be the best tool for your Macbook air. You can attach an extra screen for it with one single cable in seconds. For MacBook Pro, it can add three extra monitors at most, because Macbook cannot power four extra monitors at the same time.

If you’re finding a multi-functional monitor, CrowVi can be the undeniable choice. It supports IOS, Windows, and Linux. Compared to the traditional big and heavy monitors, you can take CrowVi anywhere you want rather than only leave it on the table. That’s the distinct and overwhelming advantage.

CrowVi is 1920*1080P resolution and sRGB 100%, and there’re two high-power speakers inside. You can enjoy the games with HD pictures and exciting voices. Take CrowVi and kick off a hero’s journey. 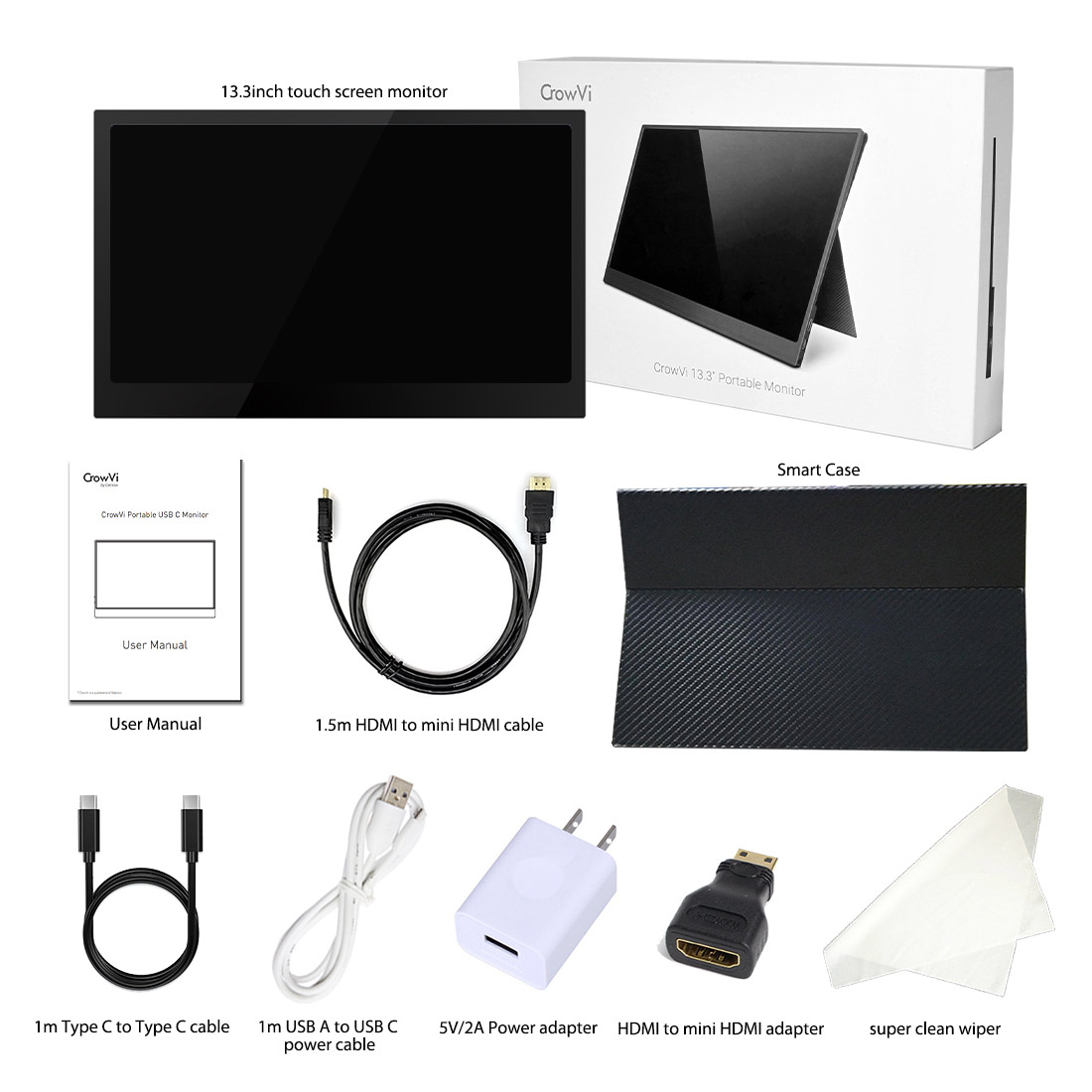