Become Distributor
x We provide professional OEM/ODM services to our customers who have customization requirements. If you have any inquiries, please cantact us directly by email: info@elecrow.com or leave us a message.
Email
Overview
Sinobit is a single-board microcontroller for computer education in China. It’s the first Chinese OSHWA Certified project, based on the Calliope mini with permission of the Calliope mini project.
Details

While several modifications are planned, the first was to upgrade the LED matrix from 5x5 to 12x12. This allows for support of Chinese, Japanese, Hindi, Arabic and other non-Latin character based languages. Without this, the vast majority of the World's children cannot experience the thrill of that first "Hello World" in their own language.

A single-board microcontroller for computer education in China

The sino:bit is the first Chinese OSHWA Certified project: 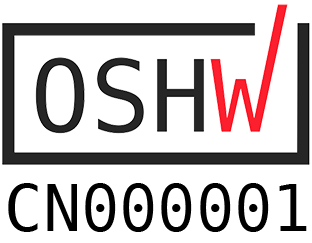 While several modifications are planned, the first was to upgrade the LED matrix from 5x5 to 12x12. This allows for support of Chinese, Japanese, Hindi, Arabic and other non-Latin character based languages. Without this, the vast majority of the World's children cannot experience the thrill of that first "Hello World" in their own language.

Why it was created

China has two issues to deal with in computer education. The first is the same as everyplace else in the world- the process of teaching coding and hardware fundamentals. The second is somewhat more unique to China and it's a problem we are known around the World for. How we copy. Children need to learn when we can copy, how we copy, and what our obligations are when we copy. Not out of any abstract moral obligation- but because copying and poor habits related to IP is standing in the way of China progressing economically.

If the quality and creativity of our engineering is going to improve, we need to begin teaching Open Source citizenship at a younger age. We cannot wait until engineers are graduating college to introduce them to the values of Open Source, by then habits are set and we have seen they are nearly impossible to change. This is a lesson that needs to be taught alongside other computing fundamentals from the time students are in primary school.

Our goal is that the sino:bit lineage- what it is derived from, what that means, and why Open Source is valuable; be taught from the beginning before a student writes their first line of code.

What China needs is an Open Source board priced appropriately for our level of economic development- cost-effective enough to supply one to every child as part of a nationally standardized curriculum, that is fully compliant with Open Source licenses and community standards.

Because much of technical education in China originates in the West, Chinese design and UI principles are usually absent. Culturally the West favors black and grey, China is far more fond of red and gold. Time and text in the West go from left to right- traditionally in China it is top to bottom.

With tech such a large part of our lives, and nearly all that tech Western in design and functionality, "modern" becomes synonymous with "Western" and we lose something of our history and culture. It's knives and forks instead of chopsticks, it's a latte in a mug instead of a red clay pot of Pu'er tea. All minor things, but it's a little bit of ourselves being chipped away every day. If the opportunity arises to reincorporate elements of our rich cultural tradition and offer it to children- it is essential to seize it.

The octagonal shape of the sino:bit is based on the Bagua- the eight trigrams used in Taoist cosmology and ancient Chinese philosophy. The Bagua is also an essential tool in Feng Shui and offers a chance for older family members to share this knowledge with young people- even collaborating with them to implement these traditions in electronic form.

The execution of characters, the art of calligraphy, the proper structure of poems and idioms- these are all aspects of education that receive far more emphasis in China than the West. The written word is such an essential part of Chinese education and culture, the loss in teaching without it cannot be underestimated, and the benefits to having hardware that supports its display cannot be overstated.

The sino:bit was created by Naomi Wu, an Open Source Hardware evangelist and DIY enthusiast. It was executed and engineered by Elecrow Technology, a Shenzhen based electronics company that offers contract manufacturing and engineering services to Maker and Hardware Enthusiasts.

Know more and download the files on>>>  Sino:bit github page.

You can learn more and download the file on >>>Sino:bit User Guide, Created by Dave Astels

You can also learn more and download the file on >>>Sino:bit User Guide in Chinese, translated by Yang Yuan

Tweets about sino:bit
Reviews
Write Your Own Review

Top
item(s) in your cart